A downloadable game for Windows and macOS

"Imagine a man. He lives in a place where man's entire world is a white wall. He and everyone else spent their entire lives staring at the walls. It made some happy, some were sad. Some found it funny and others got angry. The man, though, was content. All he ever wanted, all he ever sought, was here. He knew nothing more."

Hey there! This is a game my brother, Gabriel Ikezaki, and I have been working on for roughly 3 months. It was originally intended to be our submission for the Leap Day Game Jam of 2020, but I totally overestimated what was feasible  in a week and we ended up not finishing on time lol(100% totally not my fault). Even after failing the jam miserably, I thought it would be a waste to just leave it to rot in the Limbo realm I call Desktop, so we kept working on it and here it is!

Limbs is a game about existential dread. It's all about fear of the unknown and how ignorance can be a blessing. This game is heavily inspired by lovecraftian horror and the animation "White Walls," by David James Armsby(you can watch it here; it's an amazing video and you should definitely check it out).  Who knows what lies beyond your simplistic black and white world? Is knowledge always a blessing?  The answer to these questions lurk on the other side of the white wall.

Special Thanks (our game would be a glitch fest without you guys :P)

At first, this game wasn't meant to be played more than once. If you truly understood the ending, you'll get why. HOWEVER, we do understand that some people might want to replay the game(which honestly makes me glad c:). So here's what you want to do:

4. Reopen Limbs. The game should load the last checkpoint. Repeat the process  in order to go back to the beginning of the game.

WARNING: if you hold Left Shift + Space Bar + P then die, the game resets too, so avoid doing it.

Be aware that there is no pausing in this game. Once you reach the first check-point there's no going back to the main menu. In order to quit the game, press Alt + Tab on Windows or Command + Tab on Mac and close the game. Alternatively, you can check the "Windowed" box once you start the game and the Limbs Configuration window pops up.

If you're downloading for Windows make sure you don't delete, rename or move anything from the LimbsFinal folder. 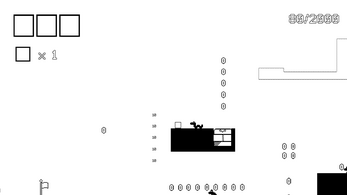 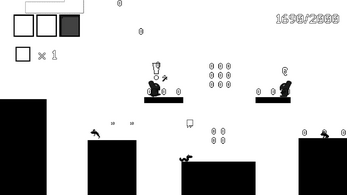 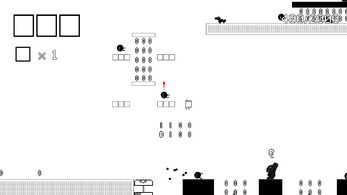